For this year’s International Friendship Day, we look at why young people are making friends online, what the risks are and provide top tips for you to follow to help keep the young people in your life safer with internet-based friendships.

Whether you were brought up in the early internet days of MSN Messenger and forums, reached your teenage years as the Facebook phenomenon hit, or grew up without any internet at all, the chances are that you are still using the internet today in some form to communicate with friends and family. Facebook, WhatsApp, and Messenger are just some of the ways we keep in touch and catch up with each other’s lives.

For most young people today, the online world isn’t just where they maintain friendships but also where they make them. Although this might seem strange to certain generations, the concept of making friends with someone you’ve never met isn’t anything new: organised pen pal services have been around for nearly 100 years!

In fact, today’s social media bios aren’t that different from the short pen pal profiles once printed in magazines and newspapers, created to connect new friends across the globe, who likely never met.

What is different is the prevalence with which young people are making friends with people they’ve never met and, of course, the methods in which they are doing so: via the internet. So why is it so common for young people to connect and bond with strangers online and are there any risks involved with online friends? 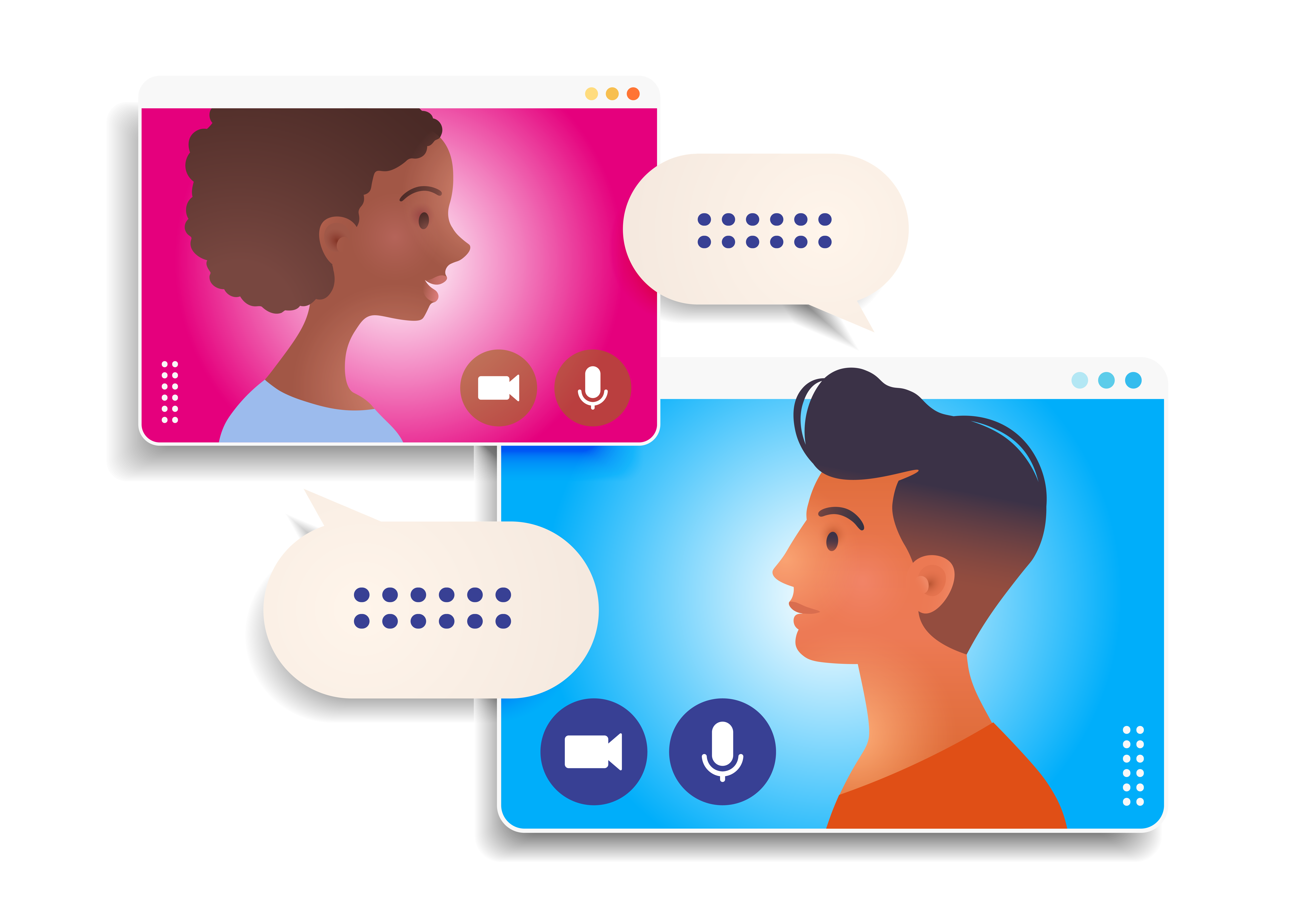 Although it might be tempting to tell the young person in your care to go outside and play and make friends like people used to, the culture in which our young people are growing up makes this very difficult. Aside from the pandemic, playing outside in the neighbourhood and only coming home when the streetlights turn on isn’t the world in which they have been brought up, for reasons varying from new attitudes on safety, more concentrated populations meaning more traffic, and a changing urban landscape with less open spaces and places to go. Therefore, children today make friends online because the culture in which they are growing up doesn’t afford them the opportunity to play as freely outside to make friends.

57% of teens have met a new friend online. Social media and games are the most common places to meet friends.

There are many other reasons why young people make friends online, including:

Boys are substantially more likely to meet new friends while playing games online (57% vs. 13% of girls).

Many young people will find their friends online in as natural a way as they do ‘offline’. It’s just that rather than realising they both love Stranger Things, weekend hikes or BTS while sat beside each other on the school bus, they’ve noticed each other’s post while browsing through hashtags on Instagram or commented on the same Twitter thread.

Although the concept of forums and message boards may be a bit ‘out of fashion’ in digital trends, there are still plenty of people using them for specific interests, hobbies, and passions. For example, there are forums for people to share art they’ve created, photographs they’ve taken and, although not a traditional way to find friends due to its more anonymous nature, Reddit is home to many subreddits for local areas where people have an opportunity to get to know each other or even organise meetups.

Alongside websites for specific interests, fandom communities can be found across all apps, platforms and sites. A fandom is a community of people who are fans of a specific person, team, band or even a lifestyle, such as furries. The level of which they are a fan may be acute enough that it can form part of their daily routine or be an important part of their identity. Having a strong common interest often creates a bond between members of these communities.

Unless apps and platforms implement the use of age verification and facial recognition tools and software, there will always be a risk that users aren’t who they portray themselves to be.

There’s an almost endless list of why someone might create a fake profile – from seeking financial gain through fraud, with the intention of grooming, through to boredom or being unhappy with their appearance and/or real-life circumstances. We go into further details about some of these reasons below.

Bots are also prevalent, although these are more likely to be used to boost someone’s number of followers to self-promote or falsely endorse a brand or product, rather than with the intention of targeting individuals to foster friendships .

What is a Bot?

Short for robot, a bot is a software programme designed to run repetitive and automated tasks. On social media, bots are usually designed to replicate human-type behaviour with the intention of influencing other users.

Catfishing is a common phenomenon, usually used on dating apps. This relates to the use of a false identity to trick another person into revealing information or images of themselves. 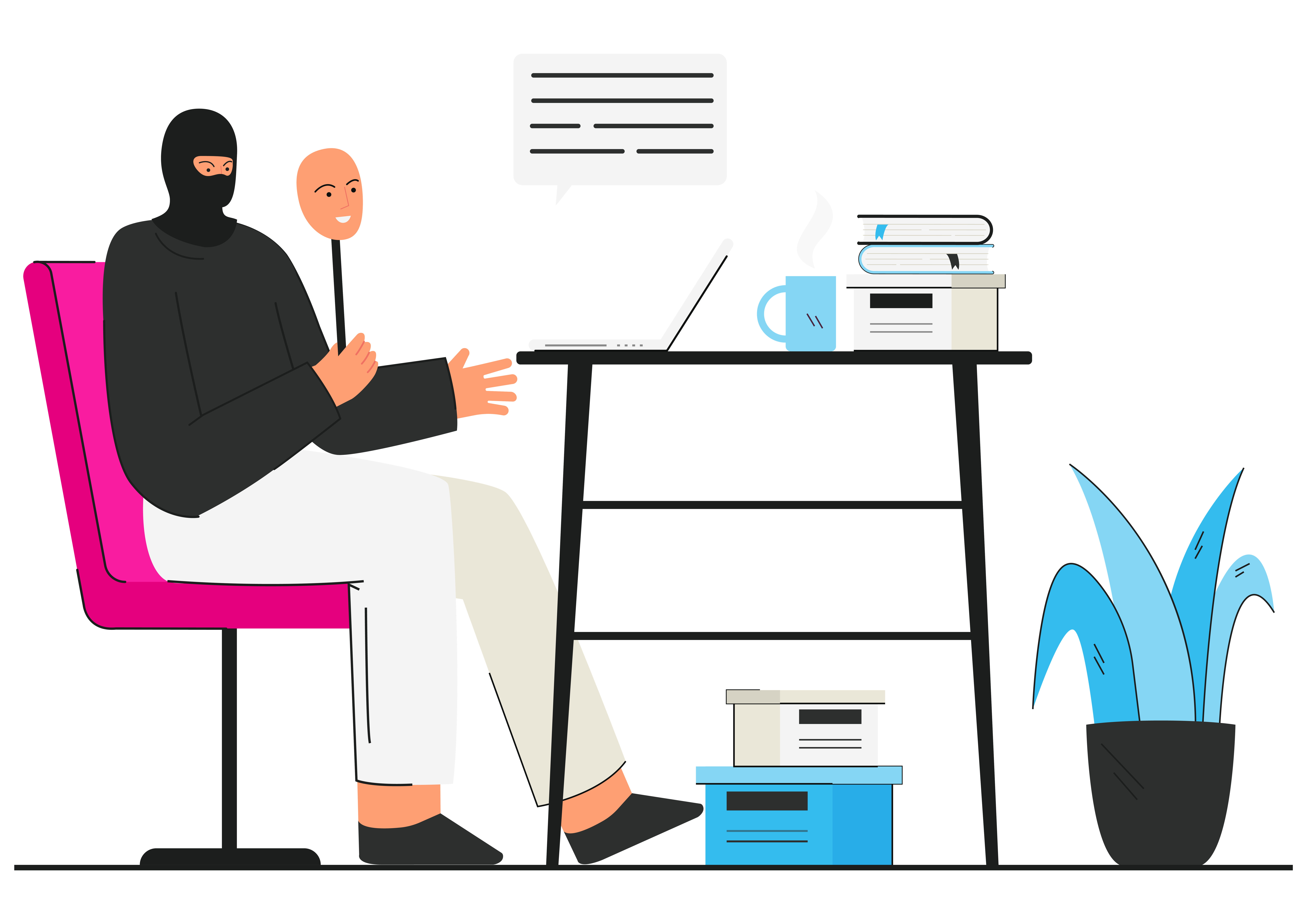 Building a friendship with someone online can be a tactic used as a part of grooming, most often done by using stolen photos and a made-up persona of someone within the same age bracket. The person grooming could be creating a relationship between them and the young person that is on a friendship level or romantic in nature.

By creating this foundational relationship, a young person may feel they can trust this person and therefore might tell them personal information. That information could put them at risk, such as details that gives away their location, what school they go to or also private information that could be used to bribe and control them in the future.

If a young person believes they are talking to a real friend or an online romantic partner, there is the potential to be convinced, tricked or bribed into sending self-generated child sexual abuse materials.

Self-generated child sexual abuse materials are naked or semi-naked images or videos created by a child or young person that depicts sexual activity. You can learn more about this and get advice on how a young person can take back control of these types of materials in our guide to Self-Generated Images.

Grooming is not always carried out using fake profiles. By the nature of how social media works, a young person might share information that will make them seem vulnerable to grooming and they therefore might become a target. For example, if someone posts about feeling lonely, isolated, their mental health struggles or issues at home. However, it is worth noting that sharing this type of information doesn’t guarantee that a young person will come to harm or be victimised. Click here to find our resources on young people and mental health. 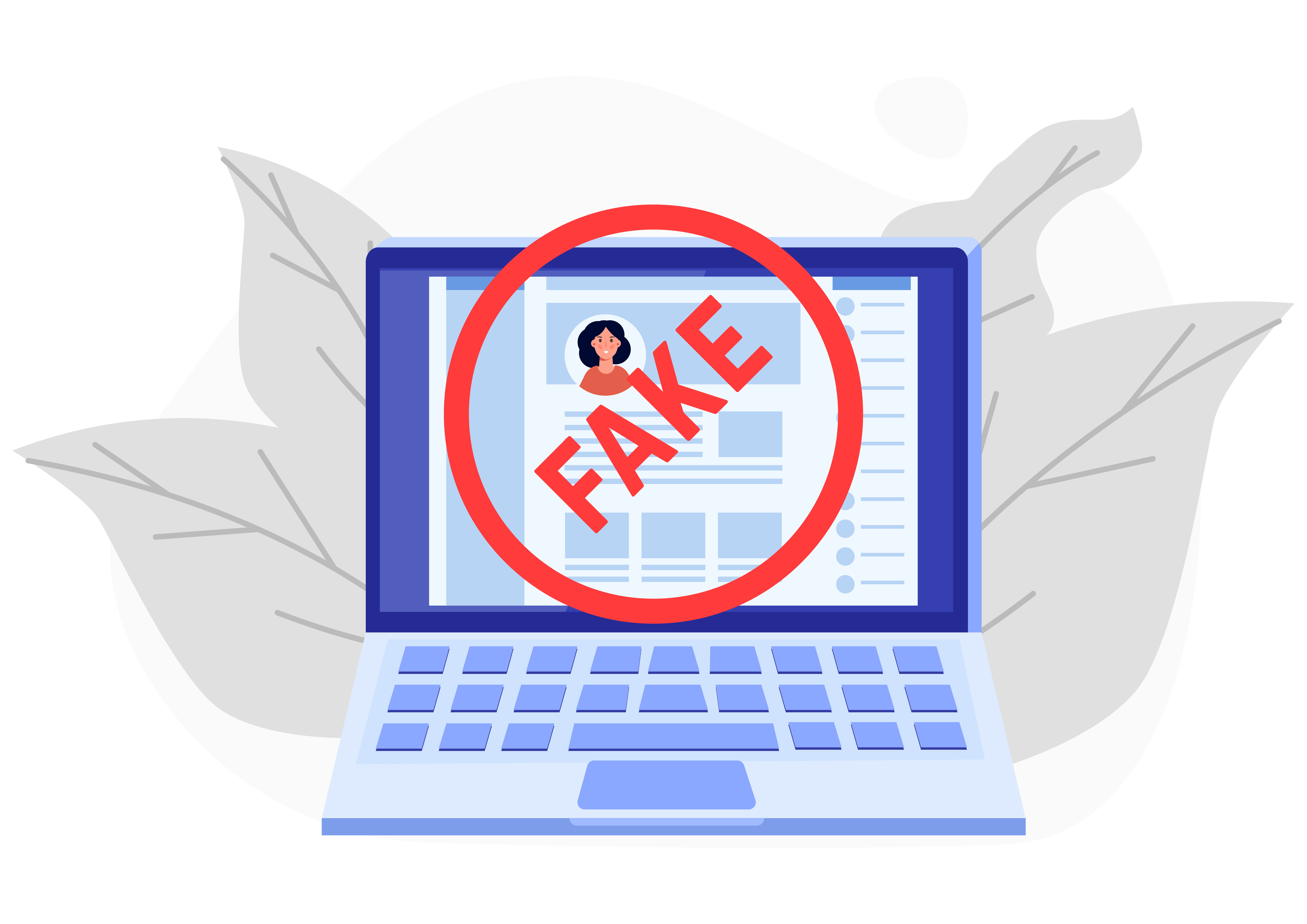 It is not unusual to hear young people talking about how their school friendship group has fallen out or the mean words said behind their back by their best friend. However, these types of disagreements and fights can take on a different form when they play out online and can sometimes escalate to worrying levels. This is especially true if there is a core group or community (such as a fandom) that all become involved, and one person becomes a target.

Unlike in a school, a victim who is targeted online can be harassed 24/7 by their bullies, who are often without the limitations of worrying that a parent, carer or teacher might be a witness to their actions.

If a victim is targeted by a group of people online, the bullies might feel that there is a sense of ‘safety in numbers’. In other words, there’s less personal responsibility because everyone else in the friendship group or community is doing it, too. This could take the form of trolling – a subset of cyberbullying that involves sending upsetting, menacing, or irritating comments and messages, often mistakenly labelled as ‘funny’. 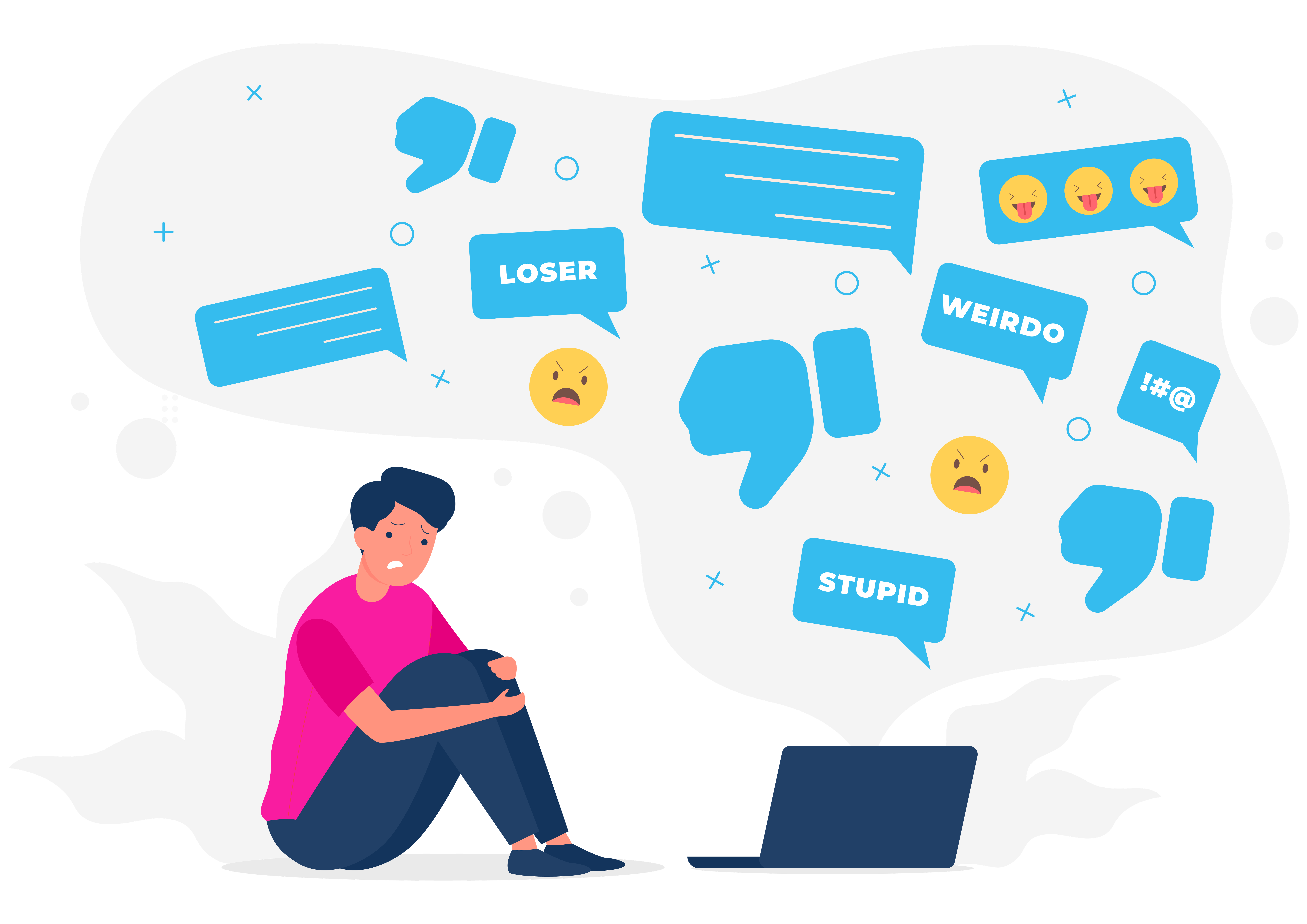 If a young person is feeling lonely and isolated in ‘real life’, they may turn to the digital world to find friendships and a community. Although this may bring a lot of positives, for some young people there could be risks associated with this, such as: 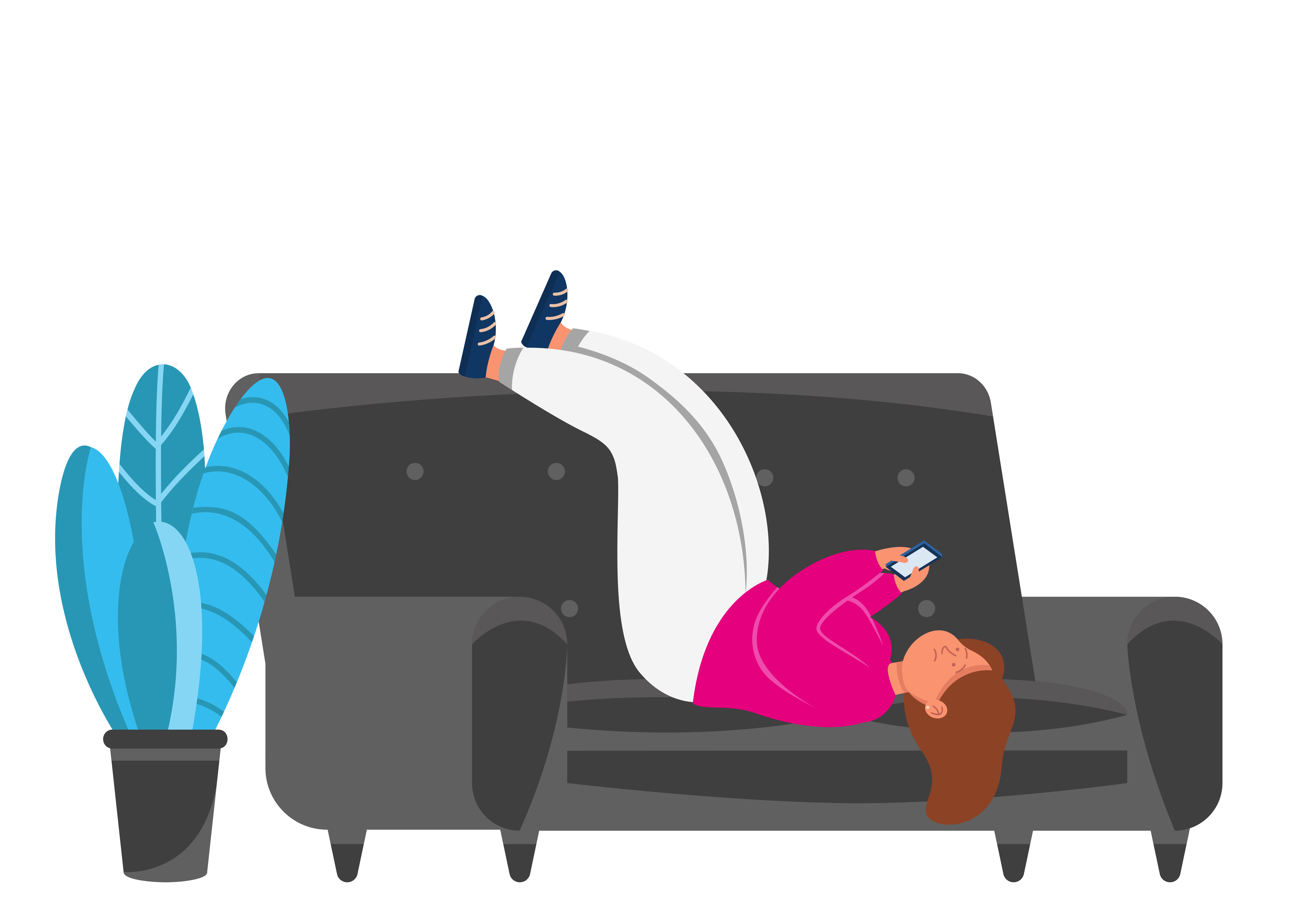 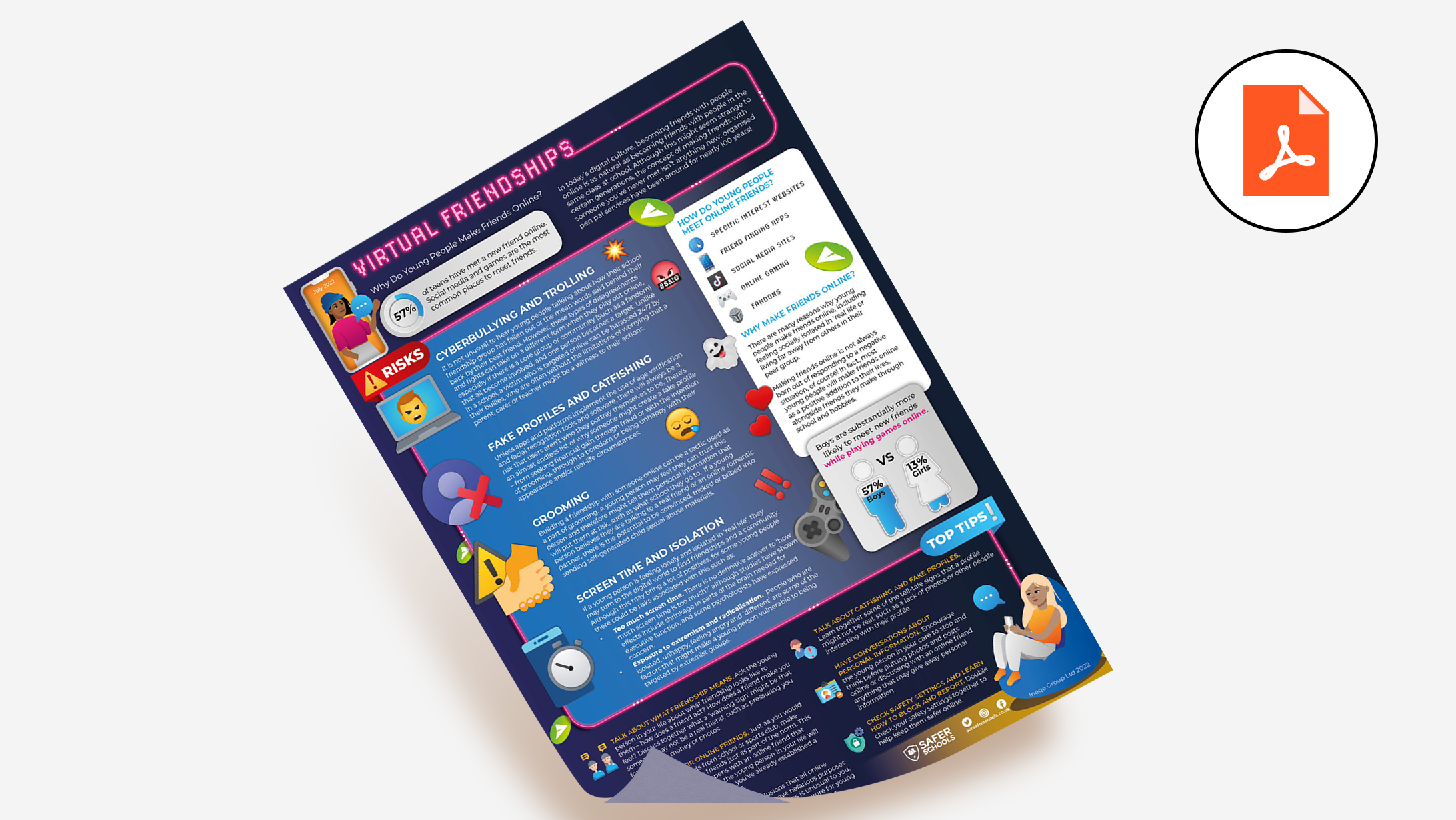